Many local and foreign authors wrote articles on different subjects in the Sırâtımüstakîm Magazine, which is one of the important publications published in Istanbul after the Second Constitutional Monarchy. One of these issues is the publications about Iran, one of the important geographies of the Islamic world. In this article, the place of Iran and Iranians in the Sirâtımüstakim Journal in the eyes of Ottoman intellectuals is discussed. The majority of the publications on Iranian history in the journal were written by Ahmed Ağaoğlu. In these publications, parts from the oldest periods of Iran to the Iranian Constitutional Monarchy are sometimes discussed in detail and sometimes superficially. So much so that while detailed information is given about the ancient times of Iran, there is almost no information about the Safavids, Afshars and Zends, who were influential dynasties in Iran for a long time. The 1906 Iranian Constitutional Monarchy, which took place close to the time of publication, and the events that took place after it were written by authors such as Mehmed Râgıb, Midhat Cemal and Hasan Nâci. With an agreement between Britain and Russia in 1907, Iran was divided into spheres of influence. The south of the country was left to England, and the north to Russia. After apportionment agreement, the Russians entered Iran and the Shah took some actions against the constitutionalism, and the events in the country were covered in the Ottoman press, and therefore in Sirâtımutakim. 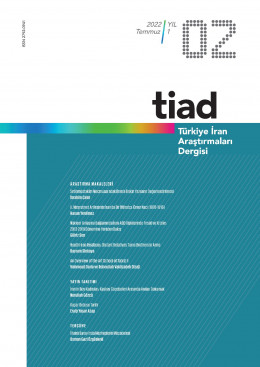