Turkish Journal of Iranian Studies (TJIS) uses APA Style 7th Edition and requires studies to be prepared following this format. The primary examples are listed below, and the sources that are not specified here should be checked on the official website of the APA 7th Edition.

Abstract: The article should include Turkish and English abstracts that summarize the article's subject. It should be between 200-250 words and written in 10 point font size. The abstracts should include the purpose, method, and results of the study. There should be at least five compatible and comprehensive keywords with the subject of the article. For Turkish articles whose peer-review process has been completed and queued for publication, a 750-word English summary should be prepared.

Page Format: The text of the article should be written in Times New Roman font, 12-point font size, with 1.15 line spacing. There should be 0.6 pt space before and after the paragraphs; the indent should be 0 from the right and left. The "tab/enter key" should not be used between paragraphs. References list entries should have 0.5 hanging indents. It should be the top margin and bottom margin 2,5 cm, left margin and right margin 2,5 cm for spaces.

Book Review: TJIS also includes book reviews concerning Iranian studies. Book reviews should be written according to the template and uploaded to the article tracking system. Book reviews are also subjected to the review process.

If more than one source is cited for one citation, they are listed in parentheses, from the oldest to the newest, separated by semicolons. For example; (Demir, 1995; Doğan, 2018; and Baran, 2020).

For the sources with more than two authors, the "et al." abbreviation should be used after the first author's surname. For example; (Kejanlıoğlu et al., 2004, p. 23).

When citing a secondary source, both the source itself and the source seen by the researcher should be given. For example, (Kalenderoğlu, 2015, p.67 as cited in Eker, 2018, p. 89).

References should be written in Times New Roman font with a 12-point font size, 1.15 line spacing, and the first line should be left-justified. If there is a DOI number, it should be added to the works of books, book chapters, or articles.

The surname of the author, The Initial of the Name of the Author. (Year). The Title of the article. The Name of the Periodical, Volume(Number of the periodical), Page range. http://doi.org/xx.xxxxxxxxxx

It should be cited as follows: The author's surname, the initial of the author's name (Year). Name of the book (edition number). Publisher. If the book has two authors, "and" should be written between the names.

Chapter of an Edited Book

It should be cited as follows: The surname of the author, the initial of the name of the author or group name. (Year, Month Day). The title of the study. The name of the website. When contents of a page are designed to change over time but are not archived, include a retrieval date in the reference.

It should be cited as follows: The Publisher Name of the Official Publication. (Year). The name of the report (Publication no.). The website.

The citation of the graduate sources and their examples are as follows:

Table Borders: Vertical borders and borders around each cell in the table should be used to separate the data. Spacing between columns and rows and strict alignment can be used to clarify relationships between items in a table. 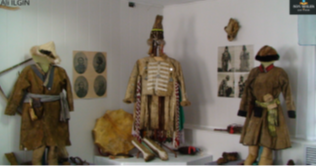 Tables, pictures, and figures are written according to the same rule.

Number: The figure number (for example: Figure 1) appears in bold font above the figure title and image. The numbers are ordered in the same order specified in the article.

Title: Figure title should be written next to the figure number. Each figure is given a short but descriptive title, And The Figure Title is Italicized with the Capitalized First Letters of the Words. 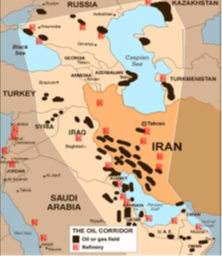 Unpublished manuscripts, letters, brochures and corporate documents are among archival sources. The general form of reference for archival documents includes author, date, title and source. If available, information such as publication number, fund code and file name should be added. Titles of archive documents and collections should be written in italics. If the study does not have a title, it should be explained in square brackets. Information such as archive name, library, archive location, university name should be separated by commas.

If the letter does not have a title, a description should be made in square brackets.

Letters Collected from the Archive

Notes from the Private Collection

Berliner, A. (1959). Notes for a lecture on reminiscences of Wundt and Leipzig. Anna Berliner Memoirs (Box M50), Archives of the History of American Psychology, University of Akron, Akron, OH, United States.

If the date of archival/historical sources is not included in the documents but is reasonably known, it can be approximated in parentheses.

Archive Photos Without Author and Title

The description is moved to the author's place using square brackets.